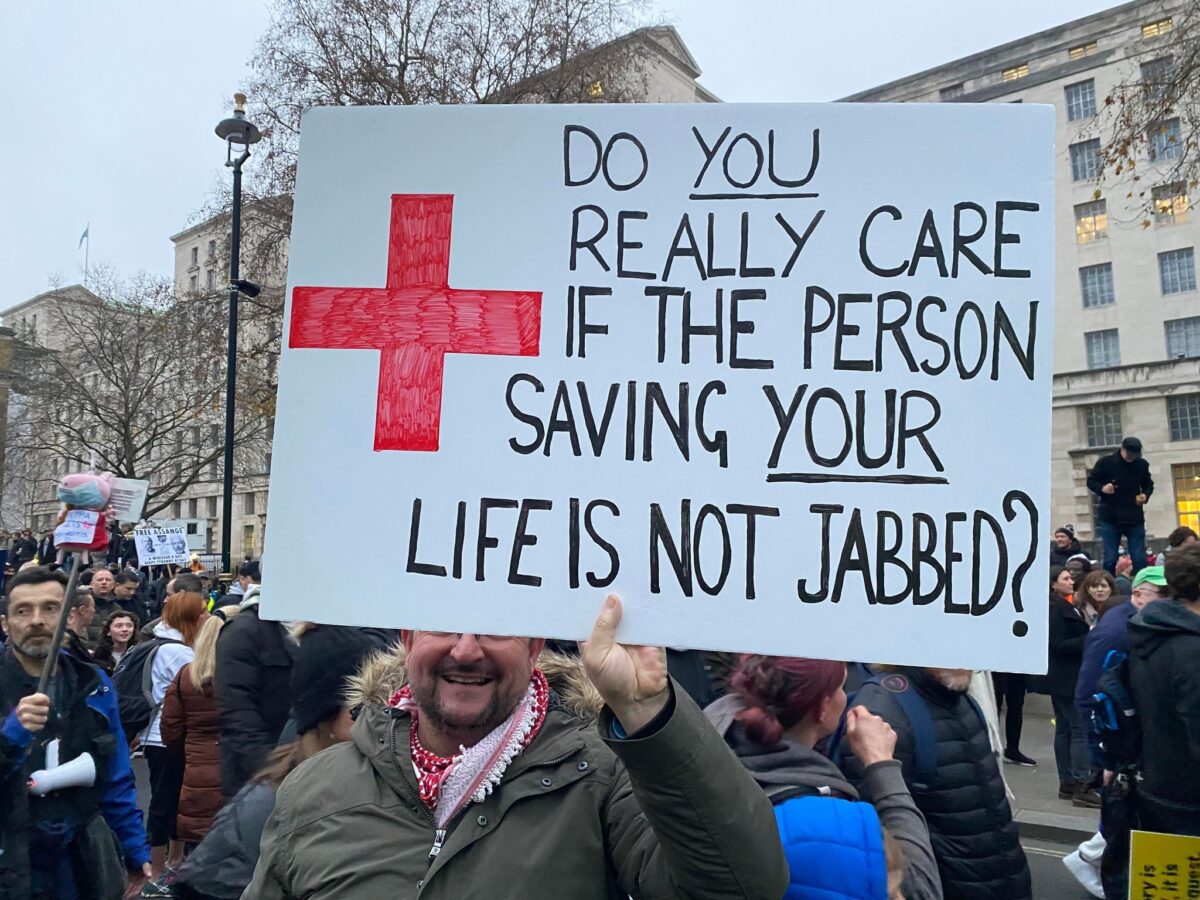 On the 18th December thousands gathered in London to march against vaccine passports and for our freedom.

Some of our correspondents sent in their photos and videos from the day.  Thanks to them for letting us share and please support the battle to regain our liberty! 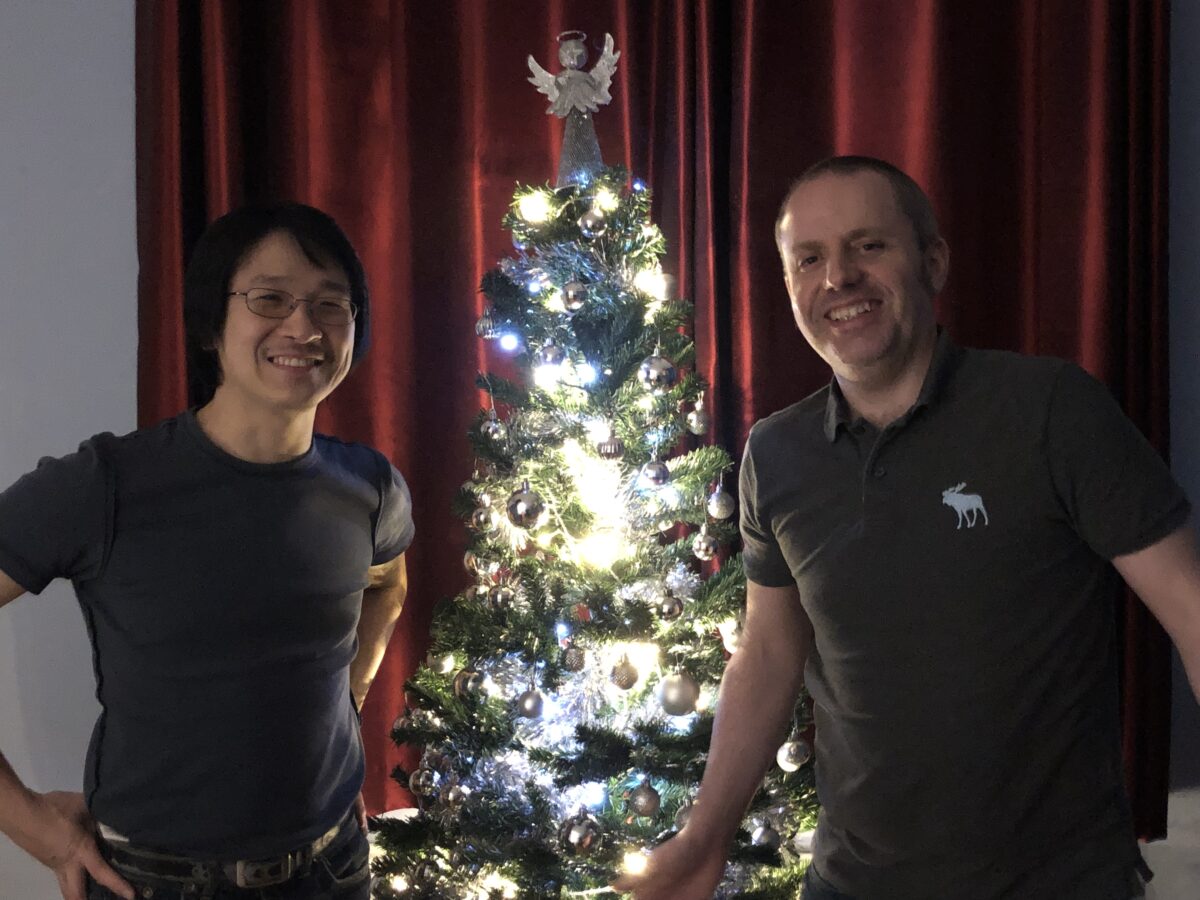 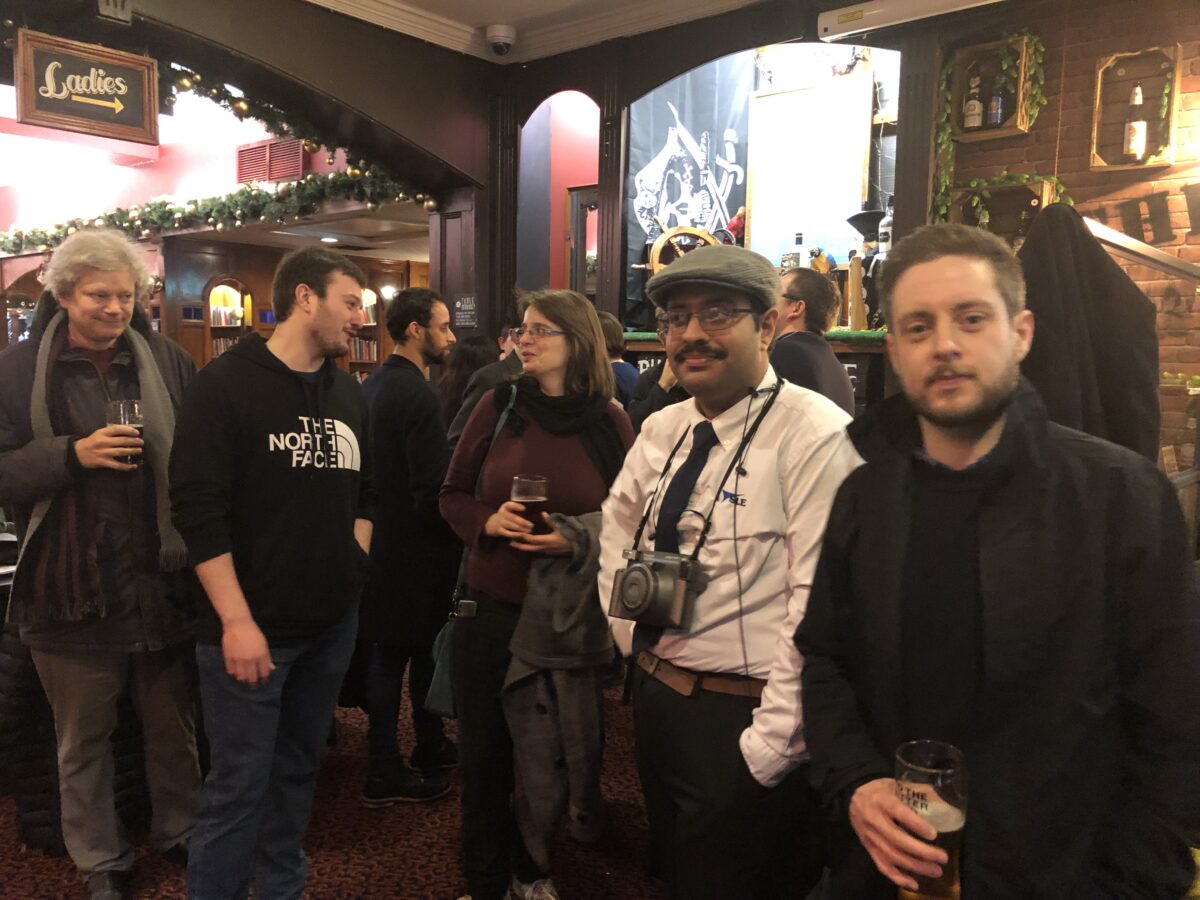 A great No Passport Required #ThirdWednesday drinks in December, we look forward to the next drinks in 2022.

Come and meet-up with likeminded freedom lovers, at our No Passports Required drinks at The George, Croydon on Wednesday 19th January, from 7pm.

We will hold these in association with Dick Delingpole’s #ThirdWednesday Libertarian drinks club. 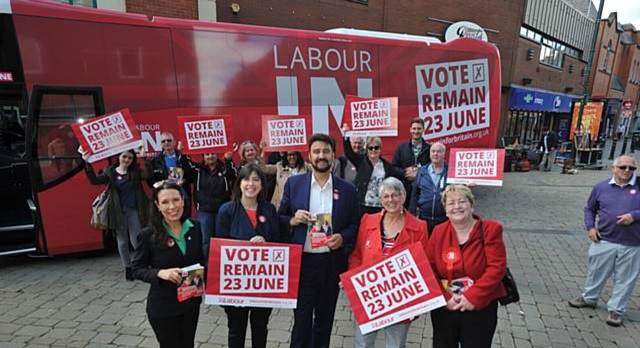 When Sir Keir Starmer first announced his shadow cabinet back in April 2020, we reviewed the members and could only find the unelected Lord Falconer, who seemed to believe in enacting the democratic vote of 2016 to leave the EU.  Following the loss of the Hartlepool by-election in May this year we reviewed the reshuffle and found Labour still couldn’t find any MPs for the shadow cabinet who like 52% of voters, supported us leaving the EU.

Sir Keir has again shuffled the shadow cabinet and we have reviewed it to see if any of the new intake are more reflective of the British electorate?

Jennifer Chapman came into her role in June this year.  Previously an MP, she campaigned to remain in the European Union in the 2016 EU membership referendum.  Not wanting to honour the referendum result in 2019 she said “We got here through a democratic vote and the only way to proceed is through another democratic vote”.

Kyle campaigned for remain during the EU membership referendum, 2016. In June 2018, he said “Brexit is a big deal but it’s not a done deal”. Kyle put forward an amendment to Theresa May’s Brexit Withdrawal Agreement, aimed at not honouring the original referendum, and to pass the Withdrawal Agreement Bill on the condition that the deal on offer would go back to the British people through a confirmatory vote.

Streeting campaigned against Brexit in the run up to the 2016 EU membership referendum.  Not honouring the original referendum he tweeted that the NEC had “made the right call and confirmed that a public vote will be in our manifesto for the European elections”.  He described those who believed we could walk away from the EU without a deal as “Brextremists”.

Ms Cooper said the Leave campaign was “being led by the hard right of the Tory party” who had “never been friends to public services or low-paid workers.  During the Brexit process, Cooper consistently fought against honouring the referendum result if it meant a no-deal Brexit.  Cooper tabled a private members’ bill, again with the intended effect of preventing a “no-deal” Brexit.  In the complete opposite of what we have seen in reality with rising wages she said “working people will be hardest hit by Brexit”.

We can see none of the new Shadow Cabinet members are supporters of Brexit.  But Labour also have people attending the Shadow Cabinet, let’s see how they fair?

Roy Kennedy, Baron Kennedy of Southwark took up the role in June.  Baron Southwark appears to have a problem with constrained labour markets giving working people a pay rise.

Once again not one MP, not one Lord, in favour like 52% of voters, of Brexit.  Worse than that many members of the Shadow Cabinet wanted to ignore the referendum and have the people of Britain vote again, and no doubt again, and again, and again, until we voted the way they wanted.  The Labour Party is not yet proving it can be trusted with democracy. 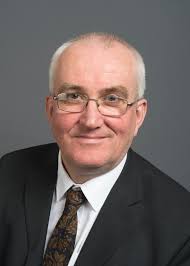